– In the fight with the Jailer Azeroth is ruptured. We beat the Jailer and save the planet, but there’s consequences. Some „stay a while and listen“ events after the fight describe the state of Azeroth. Magni reverts back from diamond form.

– 9.2.5 pre-expansion event being put together is huge. Lots of reused events like earthquakes and invasions but also a massive Timewalking event that’s being designed as a „mini-season-of-mastery“ across lots of Azeroth centric dungeons and raids. Devs want players familiar with the history of Azeroth before 10.0, a “big tour” of old events and lore.

– 10.0 Cinematic being put together is the biggest Blizz have ever produced. Entire cine team has been developing this for over a year. All Shadowlands pre-rendered cinematics were scrapped and whole team moved on to this. Is a „love letter“ to Azeroth, mirrors the original WoW launch cinematic and ends with Azeroth being „born“.

– As a result of the Jailer’s assault, „Azeroth the Eternal“ is born from the World Soul. She’s a dragon! Sort of…

– All world souls are unique and Azeroth’s essence has indirectly shaped the planet for eons.

– Dragons are tied directly to Azeroth who is sort of the dragon progenitor.

– Once players reach Dragon Isles they work directly with Azeroth to „reshape“ the world. Story here is that the planet has taken a beating over the last couple of decades and it is having dire consequences for everyone living there.

– Azeroth as a character described sort of like Leeloo from 5th Element. A supreme being but with the mind of a child. Players need to help her unlock her powers to heal the planet. She’s in a temple on Dragon Isles with Thrall and Wrathion. Lots of “Earthwarder” lore as the three of them try to do what Deathwing couldn’t.

– Azeroth has her own talent tree, looks very much like old school talent trees from Classic. Players can help her by „training“ her via this tree. Each talent is also usable by players through the „World Bond“ ability.

– New abilities are like Covenant abilities but no additional “locked in” choices. Everyone gets the same abilities. Abilities have secondary effects depending on the zone you’re in. One example is an ability like Abomination Limb that also works as a grapple hook.

– Dragon Isles zones will change over time via World Shaping, some pretty cool massive changes like a whole zone turning from a desert into a forest. Zone is heavily Elf focused with Night Elves trying to discover a way to restore Teldrassil with Azeroths help. You plant trees and tend to a huge forest here, like a massive version of the MoP farm.

– Some older zones in Eastern Kingdoms and Kalimdor will be getting big updates during the expansion.

– Works like Worgen, customize your dragon form and humanoid appearances. Humanoid can be any race, including allied races. Extra customization options for humanoid form including horns, tails, jewelry, scales as well as effects like burning eyes and “molten blood” which is a cool new effect.

– Dragon Form is mainly used for travel and two racial abilities, story will explain why Black Dragons need to learn how to fight like mortals as one of the classes.

– Wrathion has been trying to restore the Black Dragonflight since Cata. Players are new dragons that Wrathion has been overseeing in The Dragon Isles. Wrathion has recruited/kidnapped class trainers from all over Azeroth to train his new flight. The warlock trainer will cause some players to flip out.

– Since the battle with Deathwing all dragon aspects have been losing their magic. New dragons (players) need to learn how to fight alongside mortal races to save their race. Wrathions big thing is reversing the loss of magic from Dragons completely and protecting his flight.

– No big bad in 10.0 but there are infinite dragons, netherwing and some new Dragon Isles specific proto-races (there’s a pretty fun Trogg progenitor race that’s actually super advanced and intelligent). Going back to smaller zone-contained stories. Big focus on discovery, soft-rebooting Azeroth (the planet) and setting up future conflicts. 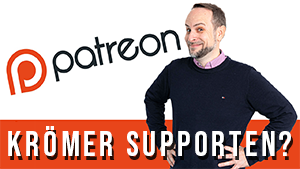 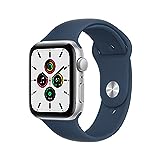